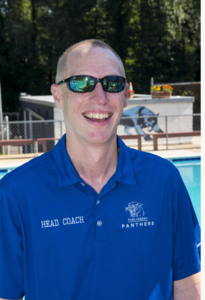 Coach Beavers learned to swim and dive at Parliament Pool in the early 1970’s. He has been active in the sport of diving since 1977, and has been a professional diving coach for almost 30 years. During his tenure as Assistant Coach and Head Coach for the Parliament Dive Team, the team won the NVSL Division One title twice.

He served as assistant coach at the Northern Virginia Dive Club, spent two years as the Head Junior Olympic Coach at South Carolina Divers and was the assistant diving coach at the University of South Carolina, where he worked with Puerto Rican Olympian Vivian Alberty and US Olympians Melisa Moses and Michelle Davison. For almost ten years, Coach Doug worked with the City of St Peters, Missouri to create a comprehensive diving program at the St Peters REC-PLEX.

He started from scratch, and over the next several years Lightning Diving became a nationally recognized USA Diving program, produced numerous Junior National and Senior National Qualifiers, NCAA scholarship athletes, and several US National Champions. Divers trained by Coach Beavers and his staff in St Peters went on to capture NCAA and Senior National Titles, compete in US Olympic Trials, and even compete at the Olympic Games.

In addition to coaching, Beavers has been active in the administrative levels of the sport, serving on the Executive Board of USA Diving and as President of the US Professional Diving Coaches Association. He was named Program Director of Montgomery Dive Club in September 2010, where he continues to work as owner, administrator and coach.

Coach Doug is thrilled to return to Parliament again this summer. This summer his goal is to create a fun and encouraging atmosphere for the Parliament Divers, with an eye on building for the future. 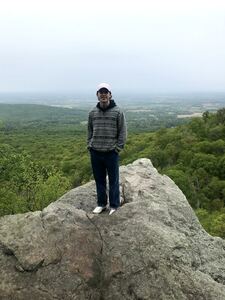 My name is Caeden Beavers and I'm a graduating senior at Lake Braddock Secondary School. I have grown up on the Parliament Panthers Swim & Dive Team and I love being able to work with the team and help each diver grow and get new dives. In my spare time, I enjoy working on cars and hanging out with pool and school friends. 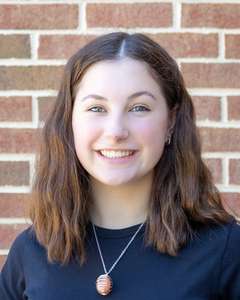 Kate is a rising senior at Lake Braddock Secondary School and has been on the Parliament Panthers Dive Team for four years. Last summer, she placed 2nd in Divisionals (Division 6) in the Senior Girls' category. Kate has been a gymnast and dancer since she was young and decided to switch to diving when I was 12 years old. She joined Mason Dive Academy and trained and competed with their Junior Olympic  team for two years. While on the team, she competed at USA Dive and AAU Dive competitions including AAU Nationals. She missed tumbling so she returned to Capital Gymnastics where she first was on the Power Tumbling Team and then switched to their All-Star Cheer program which allows her to compete in two things she loves - tumbling and dancing. In her free time, Kate likes to hang out with her friends, read, and sing. She is looking forward to being a part of the Panthers Dive team again this summer and helping younger divers find their love for the sport. 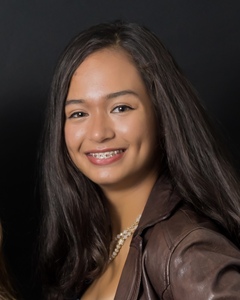 Isabel is a rising sophomore at Lake Braddock Secondary School and has been on the Parliament Panthers Dive Team for four years. Last summer, she placed 1st in Divisionals (Division 6) and 3rd in NVSL All-Stars in the Intermediate Girls' category. Isabel was also a member of the Lake Braddock SS dive team and was selected as an alternate for districts this past winter. In her free time, she loves working with dogs, hanging out with friends, and baking. A huge part of her life is also associated with being a military “brat", having moved around most of her childhood, never staying in one place too long. Being a part of the community at the pool and at her school has been an amazing experience for her and she has been grateful to have found it.